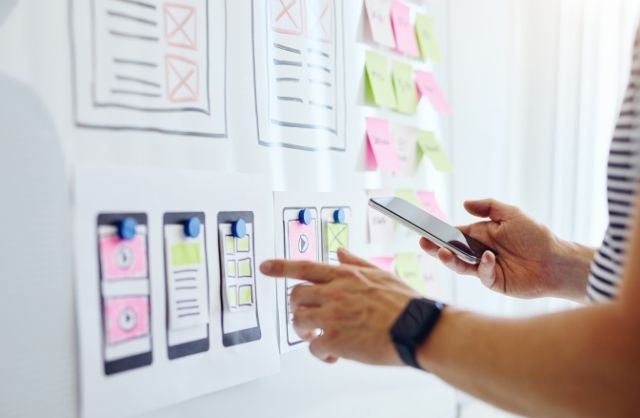 Flutter is a flexible framework for creating apps for small and large organizations alike. This open-source framework is clearly one of the most popular tools that mobile app developers are employing to develop cross-platform applications.

In general, cross-platform frameworks can do some things as well as have features essential for completing a job. However, due to some fundamental differences between Flutter and its competitors, Flutter becomes a more liked and useful framework.

So, here are the characteristics that make Flutter app development different from other frameworks gives you a massive advantage over others:

Dart is an object-oriented programming language that Flutter uses while creating apps. Async-awaiting, strong typing, garbage collection, and a rich standard library are some of Dart’s most prominent features. Dart has many of the same features as Java and uses many other languages’ features as well. With this style of programming, developers can easily accomplish their common tasks.

Google offers Flutter, an open-source technology for software development. Open developer forums provide easy access to documentation and a way to post issues. The platform helps Flutter developers keep up with the constantly changing population of developers who actively contribute to the platform. It contributes to the efficiency and productivity of the coder and reduces the project’s overall cost and time.

Flutter developers can build apps for any platform with speed and performance comparable to native apps. Due to its use of Dart programming language, which is fast, simple, and easy to compile into native code, it provides such a rich user experience.

Compared to other development platforms, it significantly improves the overall performance of the application.

Typically, compatibility on different platforms would be tested during testing. The Flutter framework allows apps to run across multiple platforms using the same code base. Flutter applications can be tested once, and the developer will save a great deal of time and money.

Because it is a cross-platform framework, programmers can create a single code base that can be used throughout multiple platforms. Therefore, an application runs both on iOS and on Android in a single version. In comparison to native frameworks, this saves a lot of time and effort when writing code for various platforms. Therefore, it is possible to develop and launch the app for much less.

Hot Reloading and Development Flutter offers developers the unique ability to see changes made to the code right away. It takes seconds for designers and developers to see the updates. You can also use the framework for developing other features while you wait for updates. As a result, developers become more productive and applications are built faster. Developing the project in this manner saves up plenty of costs.

A Set of Custom Widgets Is Available in Flutter

Flutter provides developers with an extensive set of widgets to assist them as they create. By using it, you can create an interface for a basic user at a much faster speed and with a much easier procedure. Using Flutter, you can develop the best industry-standard UI elements that can be automatically resized, repositioned, and resized for different sizes of the screen, platforms, and resolutions. In addition, the widgets can be wrapped inside each other for various purposes.

Flutter is surrounded by a strong community of developers always looking for ways to make it more convenient and better. The frameworks facilitate the entry and learning of newcomers. Therefore, with the team’s help, anyone can easily begin developing an app.

The minimum viable product is a software application consisting of all the basic components. Using Flutter to develop an MVP means you can build it on different platforms and have a great user experience. This would allow a considerable number of investors to fund your project.

Using flutter, you have the advantage of creating applications for various platforms and operating systems like macOS, Android, Windows, iOS, Web, and Linux, in one go.

Flutter is an open-source technology by Google. Our experience with the tech giant is that they consistently support their platforms and technologies with time-to-time fixes and updates.

Throughout the development of Flutter, Google has continuously provided support. Since then, the community has grown rapidly. Additionally, Google offers Flutter meetups that help developers and businesses catch up to bring the required reforms and make changes that are necessary to avoid any difficulties. In other words, you don’t have to worry if your business app is built on Flutter.

Therefore, Flutter has numerous reasons why you should consider it when developing a mobile application. And due to its benefits, it has grown like anything and has therefore become very popular amongst the app developers. 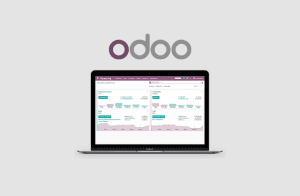 Things you Need to Know About Odoo ERP System

Are you considering Odoo as your next ERP system? If yes, this might have raised a few common questions in your mind. 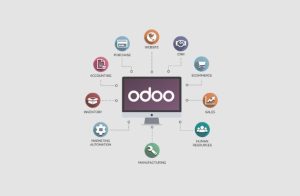 ERP systems have now become one of the basic needs for most business organizations. But still, some organizations are unaware of the importance of ERP systems in their business.

Salesforce is a platform that comes with both SaaS and PaaS services. Several businesses use Salesforce CRM software to take care of different business activities,