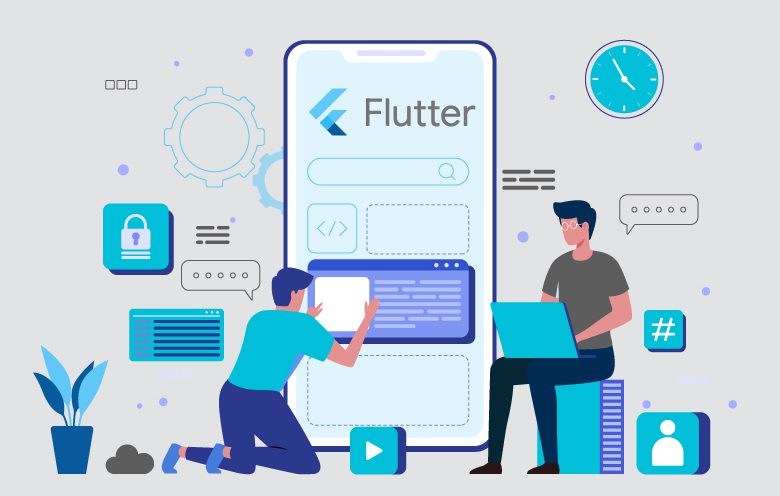 Since after its launch The framework has quickly become a favourite for all mobile developers. It offers an abundance of features that help to meet client’s requirements, and it is easy-to use with Flutter! Before delving into a long list of features, let’s first understand Flutter. It is an open-source mobile development framework that’s built on top of the Dart programming language. It offers a clean modern design with plenty of power to build any type of app. You can use it in React Native or in any other native platform, all without having to worry about switching languages.

It’s Google’s mobile app SDK that enables developers to create beautiful native experiences on both platforms with one codebase. Flutter has been designed from the ground up to help developers and designers build modern mobile apps that feel natural on different platforms. That means your users will get a consistent experience across all of their devices while still getting access to the unique platform features of each device they use.

You can also leverage your existing Java/Kotlin or ObjC/Swift knowledge when developing applications with this framework because it uses familiar concepts like widgets instead of web views which are used by other cross-platform frameworks such as React Native or Xamarin Forms. This makes it easier than ever before to develop great-looking apps without having any prior experience with either iOS or Android development! And if you do have some experience but don’t want to learn new languages then we have got good news too – you can write parts of your application in Kotlin / Swift / Java! Now there really isn’t anything stopping you from creating amazing apps!

With Flutter, you have complete control over how your application looks and feels – from colors to fonts to layouts. You don’t have to worry about compatibility issues between platforms or hardware specs because everything is designed in one place! And if that wasn’t enough already…it also offers the most powerful toolkit for building natively on mobile devices! You can develop your next project with Flutter in just a few minutes without any or extensive experience with mobile apps development.

Flutter has a ton of advantages over other app development frameworks, so it’s worth taking the time to learn more about it. Below we’ll discuss some of the main advantages of using Flutter.

1. Flutter is open source, so you can see the code and make changes to it
Since its release in May 2017, Flutter has been gaining a lot of traction as a cross-platform development SDK. One of the coolest features of Flutter is that you can see and tweak the code. e. This makes it an attractive option for app developers who want more control over their code base. Some of my favorite features are its Material Design UI elements which make it easy to build beautiful apps in record time. The app can be compiled into Android or iOS binaries with one command line tool called “Cross Compile”. o if you want to create cross-platform mobile apps, give Flutter a try!

2. Flutter has a large community of developers
It is believed that the next big leap in technology will be made on mobile devices, so developers should have access to all of the tools they need for success. That’s why Flutter came into existence– an open-source SDK for creating beautiful mobile apps that run across iOS and Android. It also has a large community of developers who are passionate about helping each other succeed with their projects.

With Flutter, your app can share code between platforms while still taking advantage of platform-specific features like Siri Shortcuts or push notifications on Android or iMessage stickers on iOS 11+. You don’t have to compromise when designing your user experience either because Flutter supports Material Design and Cupertino (iOS) widgets out of the box! And if you do need something custom, Flutter’s flexible framework lets you extend our UI components easily with your own stateful logic and new visual elements without having to start from scratch every time.

3. Flutter uses Dart
Dart is an object-oriented programming language with strong compile-time checks that supports concurrency and parallelism. Using the Dart programming language, Flutter enables developers to create high-performing mobile apps that are also easy for users. The strong compile-time checks make it possible for them to come up with concurrency and parallelism in their applications without any hassle or risk of error.

4. You can develop for both iOS and Android at the same time using one codebase (no more switching between platforms!)
Flutter can’t import native code like Java or Kotlin (for Android) directly, but thanks to the Dart Virtual Machine (DXVM), it is able to run any non-Javascript code. There are packages available for using both Android & iOS APIs out there – making cross-platform development much easier than ever! We’ll make sure to cover some of them here 🙂

5. With hot reloading, you can test out new features without having to re-compile your app every time! This means less waiting around while your phone reboots because of a change you made!
Flutter’s hot reload feature speeds up development time by enabling developers to see changes they make to their code in near-real-time. This allows developers to quickly iterate on their code, making it easier to create beautiful, high-quality apps.

Flutter’s reactive framework lets you create responsive user interfaces that feel natural on all devices – even ones like Apple Watch where there’s no keyboard! The best part about flutter is how fast it makes development go – you’ll be able to build apps quicker than ever before!

So, Flutter is perfect for your next project because it offers a great user experience, beautiful designs, and easy-to-use development tools. With Flutter, you can create high-quality apps with ease that will look great on any device. So, what are you waiting for? Start building your next masterpiece with Flutter mobile app development services today!

We will provide you with custom-selected Flutter developer after the 5-steps talent selection process. 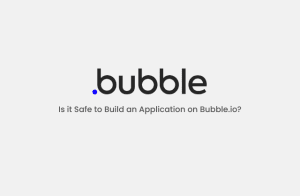 Is it Safe to Build an Application on Bubble.io?

Before understanding the security let’s first understand why we can use Bubble.io to build an application. Apache Airflow 2.3.0 Release is Out Now- New Features That Everyone Should Know

Recently, Apache announced the release of Airflow 2.3.0. Since its last update which is Apache Airflow 2.2.0, this new release has over 700 commits, including 50 new features, 99 improvements, 85 bug fixes, and several doc changes. 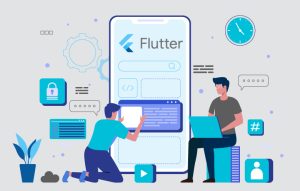 Flutter is an open-source mobile development framework that’s built on top of the Dart programming language. It offers a clean modern design with plenty of power to build any type of app. You can use it in React Native or in any other native platform, all without having to worry about switching languages.